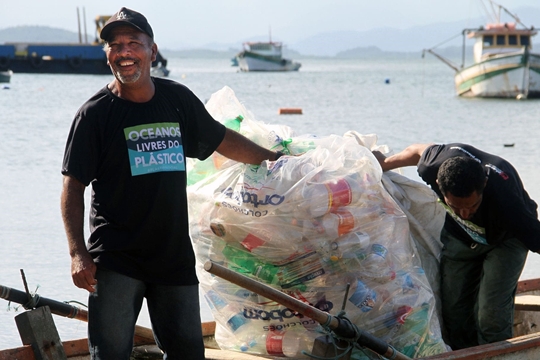 In 2021, Tingstad has become a partner of Plastic Bank and in 2022, we at Tingstad will launch new pump soaps, marked with Plastic Bank. This label means that for each bottle sold, we donate a sum that guarantees that 5 plastic bottles are picked up and prevented from ending up in the sea. Our hope and wish is that this will generate a good contribution to a better world environmentally and socially. 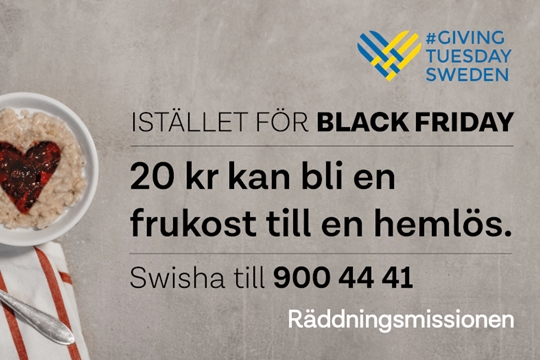 Giving Tuesday was created in 2012 as a counter-reaction to consumption days such as Black Friday and Cyber Monday, where the focus was instead on care, giving and an encouragement to do good. In 2021, Tingstad was involved and supported Giving Tuesday with the call to swisha SEK 20, corresponding to a breakfast for a homeless person. The response was good and this resulted in Tingstad and Tingstad's employees donating a total of 500 breakfasts together. Money and breakfasts that make a big difference where it is really needed. 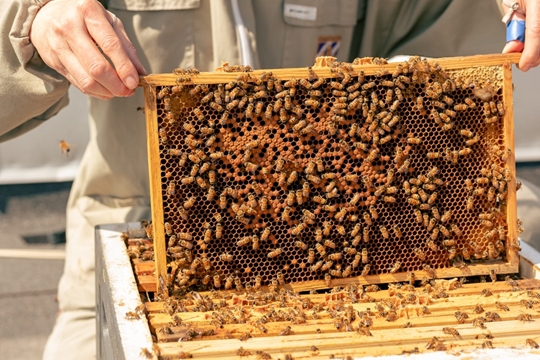 Tingstad supports Beepartners. Beepartner's mission is to create greener cities for the future. In the spring of 2021, 30,000 bees moved into a hive on our roof. By being a sponsor of all these bees, we benefit our local environment at the same time as we develop our environmental work and hope to spread the knowledge about the bees' role as pollinators.

How important bees and pollinating insects are to us humans has probably not escaped anyone. Bees and other pollinators play a key role in biodiversity and food production. We have already harvested our first honey, which in itself is another good and wonderful advantage of being sponsors of bees. 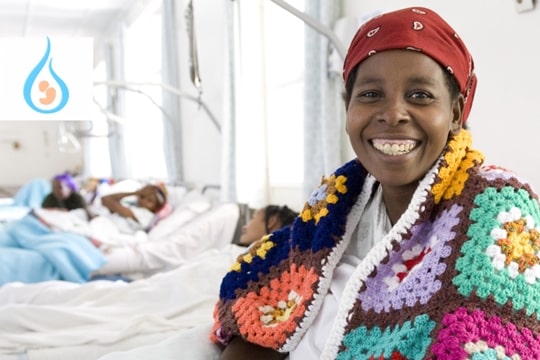 Tingstad supports the Fistula Foundation since 2009. The Fistula Hospital is located in Addis Ababa, the capital of Ethiopia, and is a hospital for women suffering from birth injuries, obstetric fistula. The fistula hospital foundation is a non-profit, non-political and non-religious foundation in large need of donations for their work.

Such a hospital is uncommon, even though many women are injured. Women as a group have a subordinate position and often suffer from malnutrition. Female genital mutilation is common and despite legislation girls often gets married and becomes pregnant very young. This leads to difficult births were the child dies and the mother suffers from genital injuries. Through operations and care the fistula hospital helps these women back to a normal life.

Doctor Catherine Hamilton, one of the founders, came to Ethiopia 1959 together with her husband Reginald to educated midwives. They were both deeply moved by the women who found their way to the hospital, but that no one could help, and decided 1974 to start their own hospital. Today they have five hospitals and one college for training.  A couple of years ago Doctor Catherine Hamlin was awarded The Right Livelihood Award as a recognition for her accomplishment.

To read more about the foundation, visit www.fistulasjukhuset.org

Tingstad supports Faktum. Faktum was founded in 2001 in Gothenburg and is a newspaper sold out on the streets. Anyone who is homeless or facing social exclusion can start to sell Faktum. Vendors buy the magazine for 40 SEK, sell it for 80 SEK and keeps the difference. The work usually involves more than just making money on newspaper sales, it also means taking responsibility, planning the day, create routines and become part of a social context. Faktum is also working to create debate and public opinion on homelessness and social exclusion. 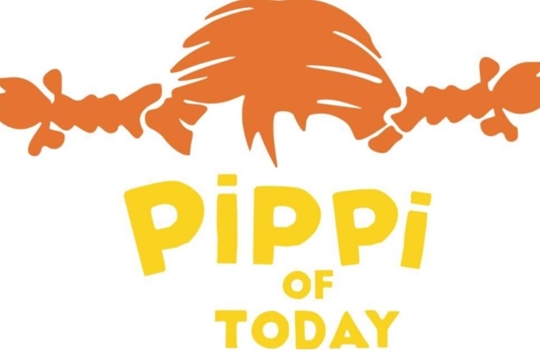 Save the Children - Pippi of Today.

Today, millions of girls are forced to leave their homes and move, not only to completely new cities, but also to new countries. The Pippi of Today campaign is an initiative of Astrid Lindgren Aktiebolag in collaboration with Save the Children and is supported by companies around the world. Tingstad is involved and supports the campaign by producing two paper cups in different sizes with Pippi motifs. For each package sold, our customers, together with us, participate and donate SEK 50 to Save the Children's work for girls on the run.

Today, almost 80 million people are on the run. More than half, 53 percent, are children under 18 years of age. An estimated 138,600 children are completely alone and separated from their parents. Girls are particularly vulnerable, without access to safe places, migration routes and support. “In 2019, we interviewed girls from many different countries to better understand what they can endure and how we can best reach them with the right efforts. But there is still too little statistics and knowledge about girls' specific situation. With the money collected, we will be able to fill it
knowledge gaps and expand our work for girls on the run, ”said Helena Thybell, Secretary General of Save the Children. *

* Source: UNHCR and Save the Children 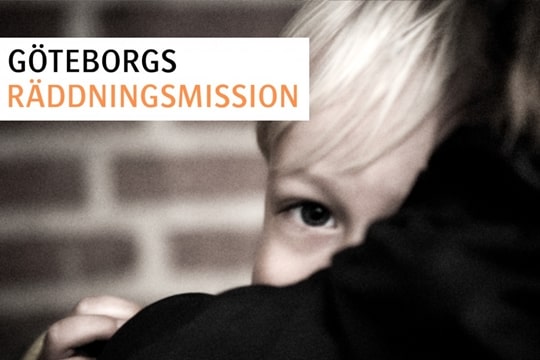 Gothenburg’s Rescue Mission is a non-profit organisation, which conducts social work in order to minimize isolation and vulnerability. The vision is that all people have the right to a dignified life.